Plant a tree in memory of Rueben
An environmentally-friendly option 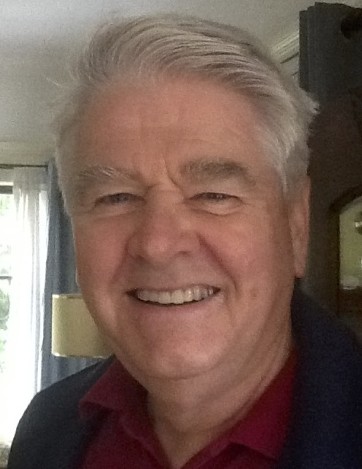 Rueben was born January 2, 1940 at home on the family farm in Lindstrom, Minnesota the son of Harold Tangren and Edith (Christiansen) Tangren. He graduated from Chisago Lakes High School in 1958 and attended the University of Minnesota where he graduated with a Bachelor of Agriculture Business Administration degree in 1962. At college, Rueben met Janet Hongisto and they were married on August 19, 1961 in Esko, Minnesota. They made their first home in St. Paul where their daughter Elise was born. Rueben accepted a job at the Litchfield State Bank as an insurance agent. While living in Litchfield second daughter Jeanne was born. Then they moved to the Fargo-Moorhead area where Pete was born. During that time Rueben became a life insurance underwriter for Western States Life Insurance Company and later for ITT Hamilton in Denver Colorado. Rueben took a break from the insurance business and was a bookkeeper for his father-in-law’s farm implement business in Cloquet, Minnesota, He and Janet were house parents and he was a ranch hand at a boys ranch in North Platte, Nebraska. The family moved to San Pasqual Valley, California where Rueben worked on the dairy farm at a private parochial boarding school. The family moved back to the Midwest where Rueben was a parochial middle school teacher in Stevens Point, Wisconsin. Rueben spent twenty-three years as a health insurance underwriter for Blue Cross Blue Shield in Eagan, Minnesota retiring in 2005.

Volunteering and giving of himself was how Rueben enjoyed spending his time during retirement. Rueben volunteered as a Medicare and health insurance counselor for 15 years at the Faribault Senior Center also known as Buckham West. He received the Minnesota State Volunteer Recognition with the State Health Insurance Assistance Program and Senior Linkage Line. He served on the Senior Center board of directors for 6 years. He also provided checkbook balancing services at the Center. Rueben served on the Health Finders Collaborative Board of Directors for 7 years, several of them as treasurer. He was a member of the Faribault GROWS garden club and served as treasurer for GROWS. He also was treasurer for the District One Hospital Auxiliary gift shop for many years. He delivered Meals on Wheels and served as a volunteer at Fashions on Central. The Faribault Daily News selected him as an ‘Unsung Hero’ for his volunteer service in 2013. In 2014 Rueben and Janet received the Rice County Outstanding Senior Citizen Award.

Memorials may be directed to HealthFinders Collaborative or Buckham West Senior Center of Faribault.

Celebrations of Rueben’s life will be scheduled late this summer.

Plant a tree in memory of Rueben by clicking here.
To send flowers to Rueben's family, please visit our floral store.

A service summary is not available

Plant a tree in memory of Rueben
An environmentally-friendly option

Plant a tree in memory of Rueben

1 tree planted in memory of Rueben

I met Reuben at the gym. We would joke around and always tell each other to smile while exercising or lifting weights, I thought he was such a gentleman. Then I met his lovely wife Janet at a GROWS meeting.

My condolences, he will be greatly missed

Rueben, was a kind and generous man who touched the lives on many and made a difference while he walked this earth. We at HealthFinders are so grateful for his service and commitment to helping make health care accessible for everyone in our community. He and his family were regular Gala attendees and he made sure the bidding was brisk. He really cared and will be missed. Our sincere condolences to Janet, Jeanne and the rest of his family.

Rueben was a handsome, funny & kind man. His legacy of helping others is an inspiration to many. He raised a great family and I count myself lucky to have had a chance to be part of the whole Tangren gang!

Much love and admiration to you, Papa. You made a beautiful impact to our world. Thank you. <3
Elissa Couron

A Memorial Tree was ordered in memory of Rueben H. Tangren by Elissa Couron .  Plant a Tree

Reuben was a wonderful example of a truly Good human being. Rest in peace dear friend.
You will be fondly remembered.

Plant a tree in memory of Rueben